ICYMI: Technical Difficulties have been resolved! Click the link and read more about the the controversial overtime classic that went down at Madison Ave Saturday night 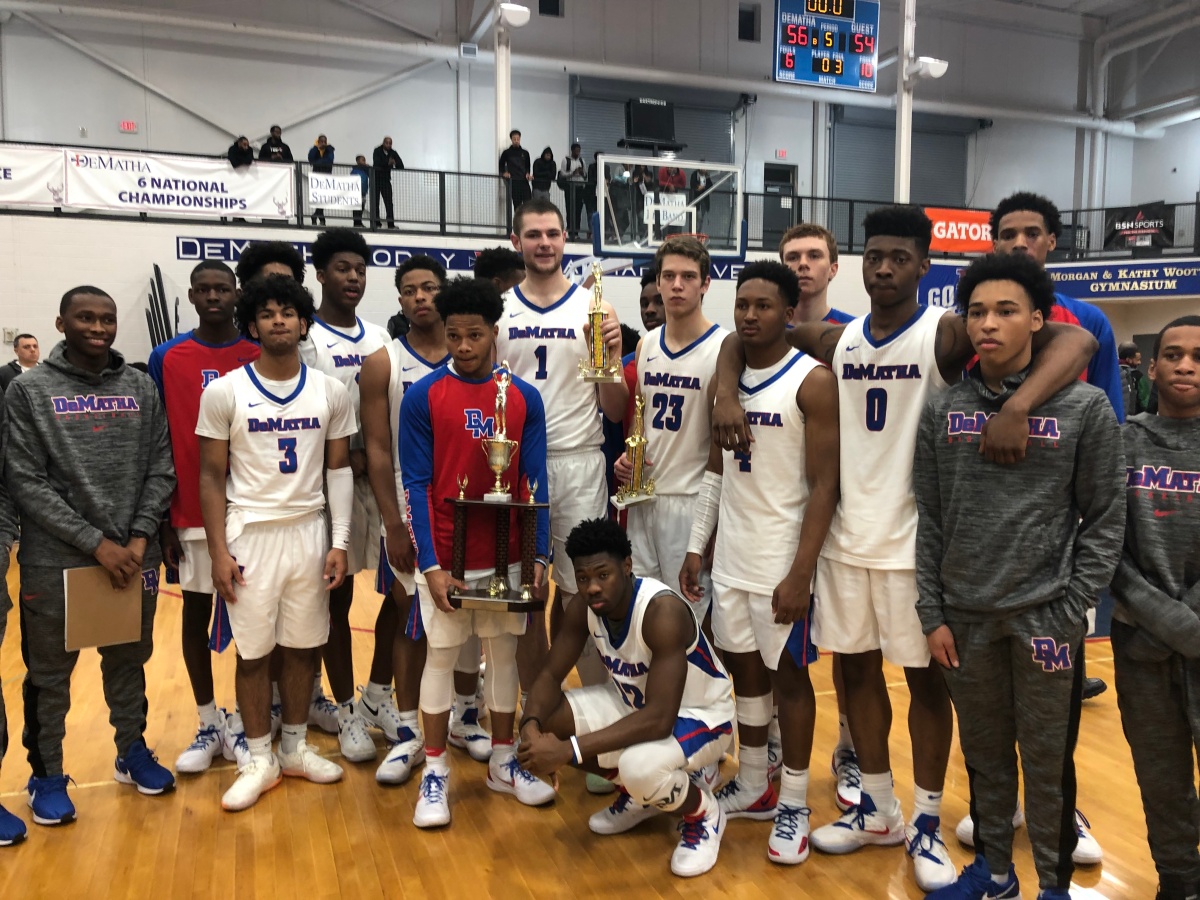 Hyattsville ~ Finally! After three days we now have a DeMatha Christmas Tournament champion. Not only that, we have a true champion bearer of DMV hoops. Speculation of who would win a game between DeMatha and Wilson was finally answered Saturday night.

“That was just a great game,” Stags coach Mike Jones said, “It was ugly, the referees let us play. Ultimately we had the ball last and thats, I think why we were successful.”

The Stags extinguished the Tigers, 56-54, in a thrilling overtime victory that ended on a controversial buzzer-beater from Earl Timberlake. Timberlake led all scorers with 18-points and a number of jaw-dropping blocksHunter Dickinson joined him in double-digits with 17-points. Makhi Mitchell led Wilson with a 13-point performance.

“We been playing against each other since we were kids,” Timberlake said, “They’ve always been good as a friendly rival.”

The sellout crowd on provided the ideal background for the game. Fans from all over the Washington D.C. metropolitan area traveled to Madison Avenue just to see these two champions play. Funny enough, it seemed like the crowd was split mainly between the Tigers and Timberlake, whom lives and grew up in the city himself. The game itself was fast-paced and physical. Neither team giving an inch to the other, bodies flying and falling on the floor like it was a 90’s NBA playoff game. Back-and-forth they went when Jay Heath hit a floater, DeMatha fed Dickinson on the right block and let him go to work. In fact, that hook shot led to a 9-2 run, giving the Stags a 20-15 lead going into the second quarter. The Stags entered the second half up 27-24, after Carlos Dunn’s double-clutch layup to end the half. Midway through the third quarter, Heath drove to the rim for an and-1 opportunity and had a chance to make tie the game at 33, but missed the subsequent free throw. Romaro Hutchinson tied the game up at 37-all when he knocked down a 3-pointer after a feed from Mekhi Mithcell. Hunter Dickinson responded with a hook shot from the right block to give the Stags a one-possession lead going into the fourth and final quarter.

It was in the final frame that Wilson finally took the momentum on a 9-0 run, highlighted by Dimingus Stevens’ back-to-back 3-pointers, including finishing a 4-point play over Justin Moore. Mekhi Mitchell than gave Wilson a 49-48 lead to give the Tigers their first lead of the game. Justin Moore had a chance to give the Stags a one-point lead but bricked the first free throw and then sunk the other one for just a 49-all tie. Heath’s ensuing fadeaway against Dickinson fell well short and forced overtime.

In the decisive overtime period, Wilson had to go at it without the Mitchell twins, M Makhel being disqualified at the 2:13 mark and Makhi leaving at 24.3 seconds. Nonetheless, the Tigers took the lead after back-to-back buckets from Zaakir Williamson gave Wilson a 54-50 lead. Dickinson, ever a consistent offensive hub, dropped another hook shot and then Jahmir Young sunk both his field trip to tie the game up. On their final possession, Jay Heath drove to the rim but lost the ball on the way up, giving DeMatha the ball with 24.9 ticks left. That’s when Earl Timberlake worked his magic and hit a fadeaway over Dimingus Stevens.

“We knew it was going to be one the top games in the DMV,” Timberlake said, “We just tried to use our heads and play tough.”

Despite the controversy of the game-winning shot going up in time or not, we would be remiss as media and basketball fans alike to say this contest won’t go down as a classic. Wilson’s next game will be against Ballou on January 4, while DeMatha goes up against Good Council on the same day.